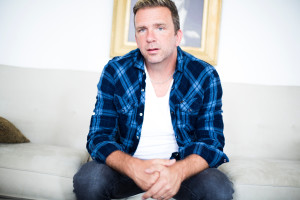 Chris Trapper makes his debut at The Station!!
$20 in advance // $25 day of show
DIscount advanced tickets —> https://flourcitystation.yapsody.com/event/index/467566/chris-trapper
21+ only with valid id
More details TBA
CHRIS TRAPPER is a storyteller. With his soulful, honeyed tenor, sly humor and an uncanny knack for melody, Chris has traveled the world over, performing to a dedicated and ever growing fan base with nothing but his guitar and his songs. Raised on Prine and Kristofferson, Trapper’s first foray in the music industry was as frontman of the critically acclaimed alt-rock band The Push Stars (Capitol Records). Over the past decade, Chris has become a modern day acoustic troubadour, performing over 150 dates a year as a headliner and sharing the stage with the likes of Colin Hay, Martin Sexton and even John Prine himself.
As a singer/songwriter, Chris is most known for his original song THIS TIME, the #1 selling song on the Grammy nominated soundtrack for AUGUST RUSH (Robin Williams, Jonathan Rhys Meyers /Warner Bros Pictures). His music can best be described as lyrically driven roots-pop with a knack for telling everyday stories.
The New York Times has called his work “classic pop perfection.”
The new CD SYMPHONIES OF DIRT & DUST is a collection of 12 songs written and performed by Chris Trapper and Produced by Jason Meeker at Silver Top Studios, Boston, MA. Guest musicians include Dan McLoughlin of The Push Stars on bass and NYC singer/songwriter Amy Fairchild on harmonies.
“I have to mention Jason, the producer of Symphonies of Dirt & Dust. He is my old friend, who not only worked the clubs in rock bands but also worked for Geffen records in their heyday, so he has a good sense of the music business as a whole. What I love about Jason is that he is absolutely obsessed with his craft and getting songs right.
Every record tells a story. For me, much more than gimmicks, my albums are like diary entries, or truthful accounts of where I’m at in life. I suppose that might be the same for most songwriters, but in the spectrum of the music business, it’s still an animal that’s nearly extinct.” Chris Trapper
Chris has toured North America and the UK with multi platinum songwriter COLIN HAY.
In the Spring of 2013 Chris performed a duet with his songwriting idol JOHN PRINE at the Portsmouth Songwriter Festival.
“It’s an incredibly rare musician, particularly in the world of popular music, who is able to forge a career based on quiet dignity and steadfast integrity.” The Buffalo News
A prolific songwriter, Chris has garnered several high profile film placements including There’s Something About Mary (Ben Stiller, Cameron Diaz), The Devil Wears Prada (Meryl Streep), Say It Isn’t So (Heather Graham) Gun Shy (Sandra Bullock, Liam Neeson) and most recently, Some Kind of Beautiful *Pierce Brosnan, Salma Hayek) as well as significant television placements including All My Children, Women’s Murder Club, Malcolm In The Middle, a coveted placement in George Clooney’s final episode of ER, the theme song for WB Networks dramedy Pepper Dennis and a cameo on-screen appearance with the show’s star, Rebecca Romjin.
Chris has written 7 songs with/for Canadian band GREAT BIG SEA, including their #1 single “Sea Of No Cares” from the certified-platinum Sea Of No Cares CD. Great Big Sea covered Trapper’s song “Everything Shines” and their version served as the debut single off their certified-gold Road Rage CD album. Chris’ songwriting collaborations with Great Big Sea earned him two prestigious SOCAN awards. Rob Thomas of Matchbox Twenty and Antigone Rising have performed other notable versions of Trapper’s songs.
Trapper’s live show is a favorite among fans of alt–acoustic music. His on–stage persona is warm and inclusive, his organic understanding of classic pop melody, infectious. Audience members seem to particularly appreciate the lighthearted moments with the ukulele.
“His humble sense of humility is what makes Trapper’s songs so strong… He makes you feel like you are the person he’s singing about.” Popdose
Chris Trapper music can be purchased from iTunes or CDBaby
You can listen to the full Discography on Spotify
www.christrapper.com
https://twitter.com/christrapper
https://www.facebook.com/christrapperofficial
https://www.instagram.com/christrapperofficial/